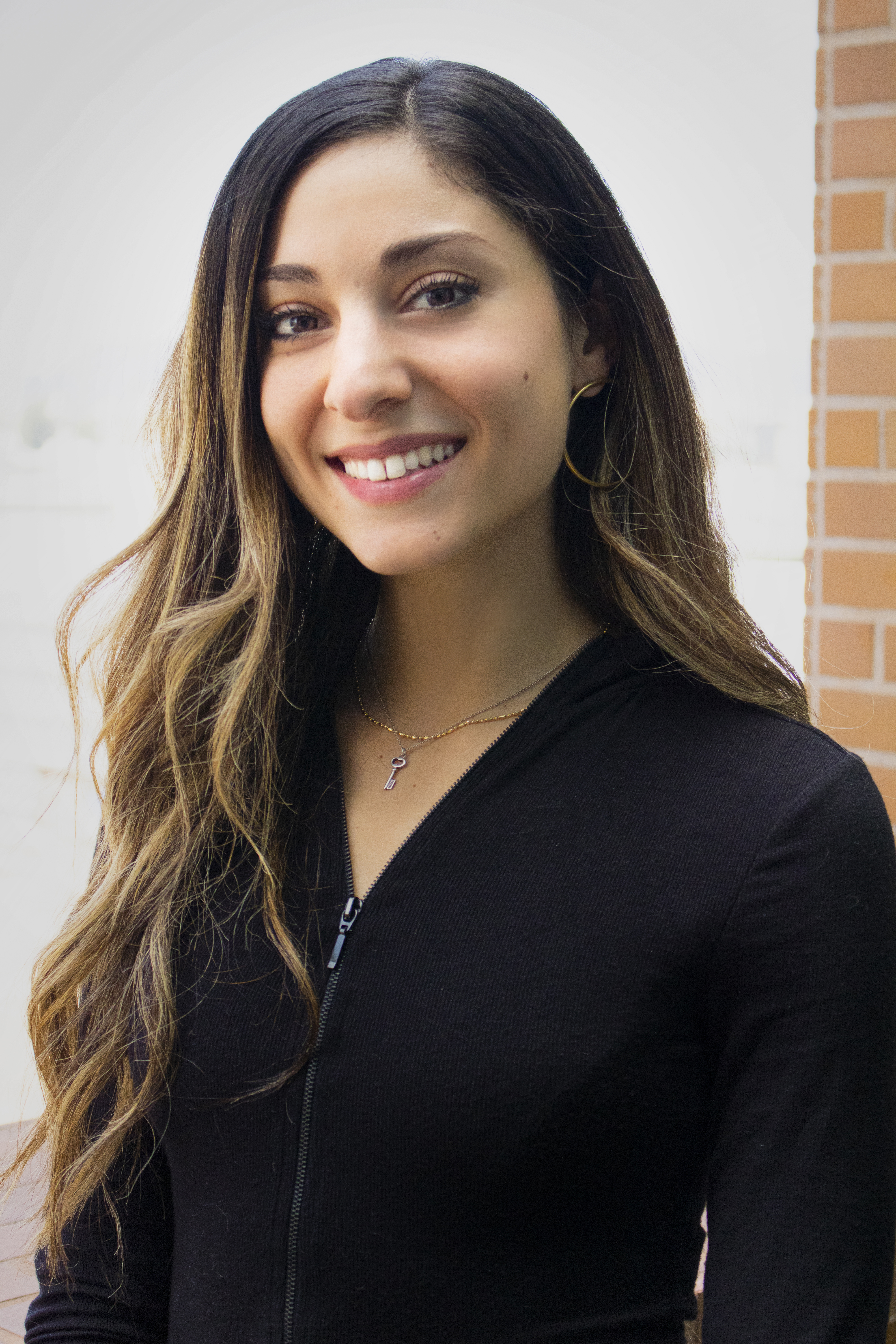 Hello team! I'm LATTC's newest English faculty member and am so happy to be here. I moved to Southern California from San Jose to get my B.A. and eventually my M.A. in English from California State University, Long Beach, and I've been here ever since. After finishing my M.A., I taught English at several community colleges and universities in the area before finding a full-time position here at LATTC. As a teacher, I believe in giving students the power to shape their own educational experiences in my classroom and love using relevant themes and collaborative assignments to create a fun and energetic classroom dynamic.

Outside of teaching, my interests include performing with my salsa team, cooking, and snuggling up with my two cats, Marlowe and Wednesday.

I also enjoy a good adventure--rock climbing, hiking, or traveling to new places, for example. One goal for me this year is to travel to my family's hometown of Ramallah, Palestine, and learn how to cook some traditional Palestinian food. 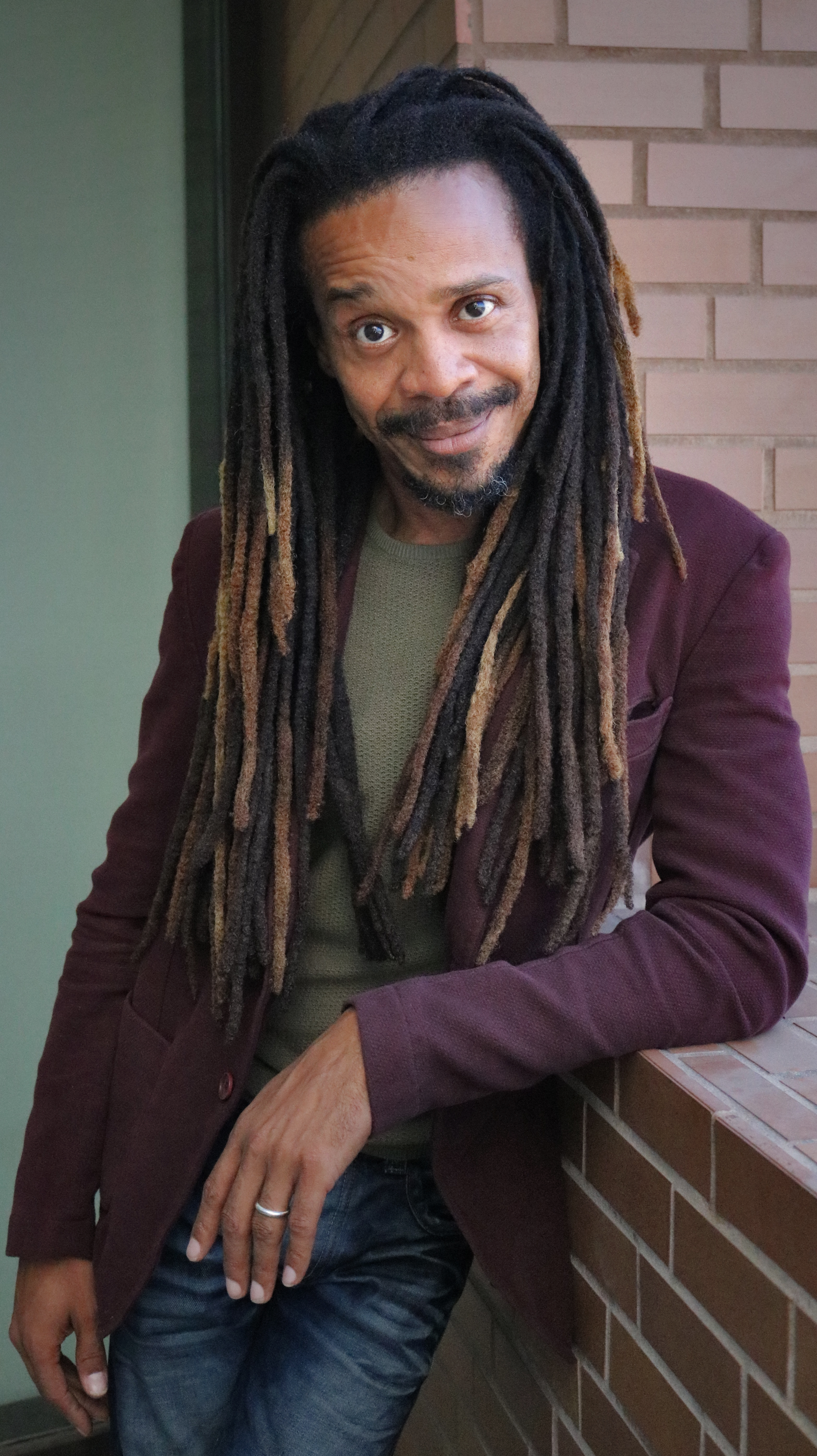 A Maryland native, George Blake is first a learner, then a teacher. He has a varied academic history, having attended public, private, and art schools. Completing his undergraduate and graduate studies from Morgan State University—an HBCU—exceptionally equipped him to be an innovative and dedicated English professor. Fortuitously, George embraced his career, beginning in adult literacy, and later at Morgan State, as a full time lecturer. George is also a successful writer, having written all forms and most genres from marketing materials, to self- help books, to television episodes. George happily takes that experience into the classroom. Since moving to Los Angeles in 2001, he has been part of the adjunct faculty at LATTC, and proudly joined LATTC as a full-time faculty member in 2017. 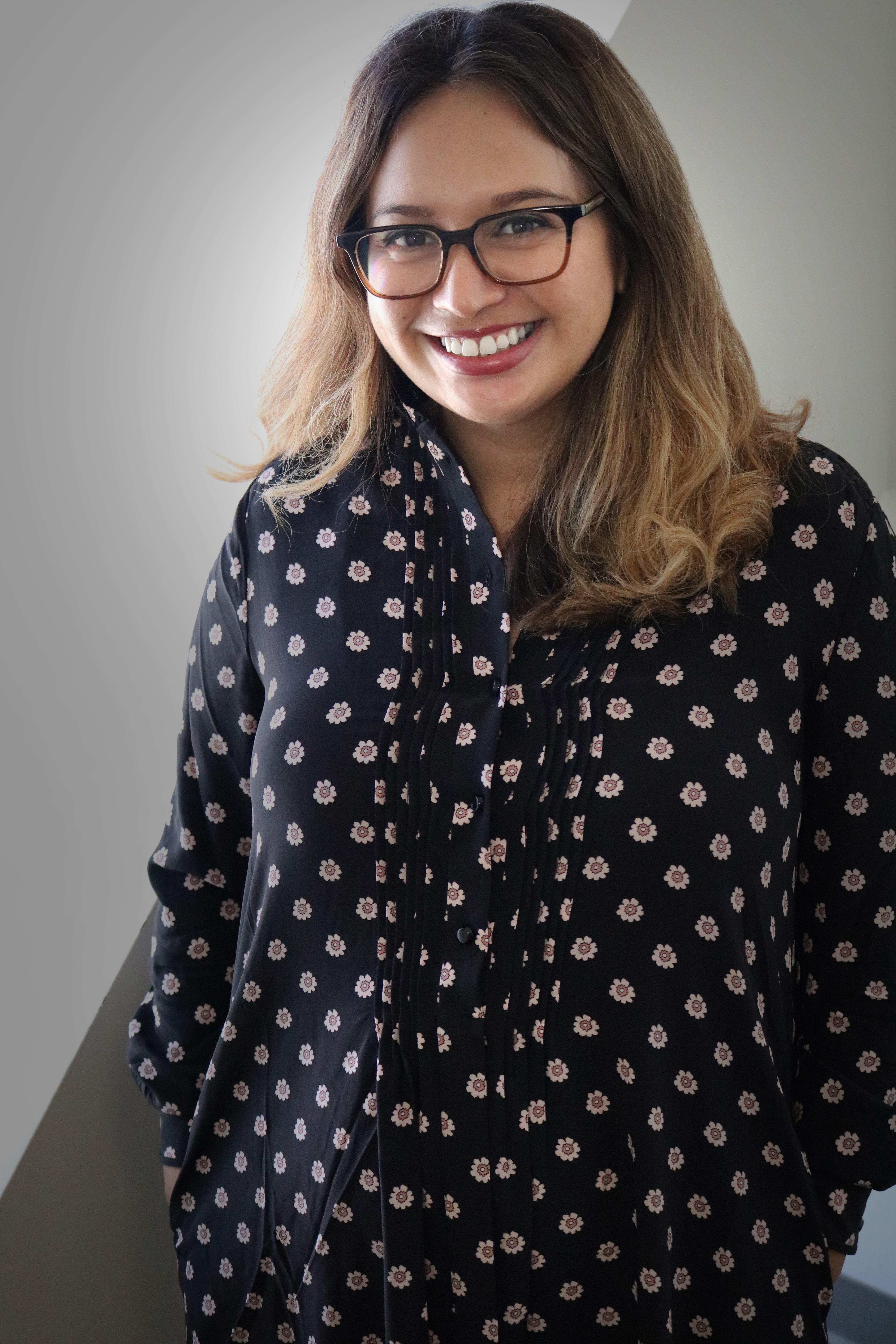 Hi! I’m originally from Los Angeles and attended LAUSD schools, like many of our students. I began my educational journey at Santa Monica College, and then transferred to CSULB. At CSULB, I earned an undergraduate degree in English Education with an emphasis in Literature (I originally planned on becoming a high school teacher), and also completed an M.A degree in English. In my free time, I enjoy Netflix, reading, traveling, eating out, and spending time with my senior beagle. 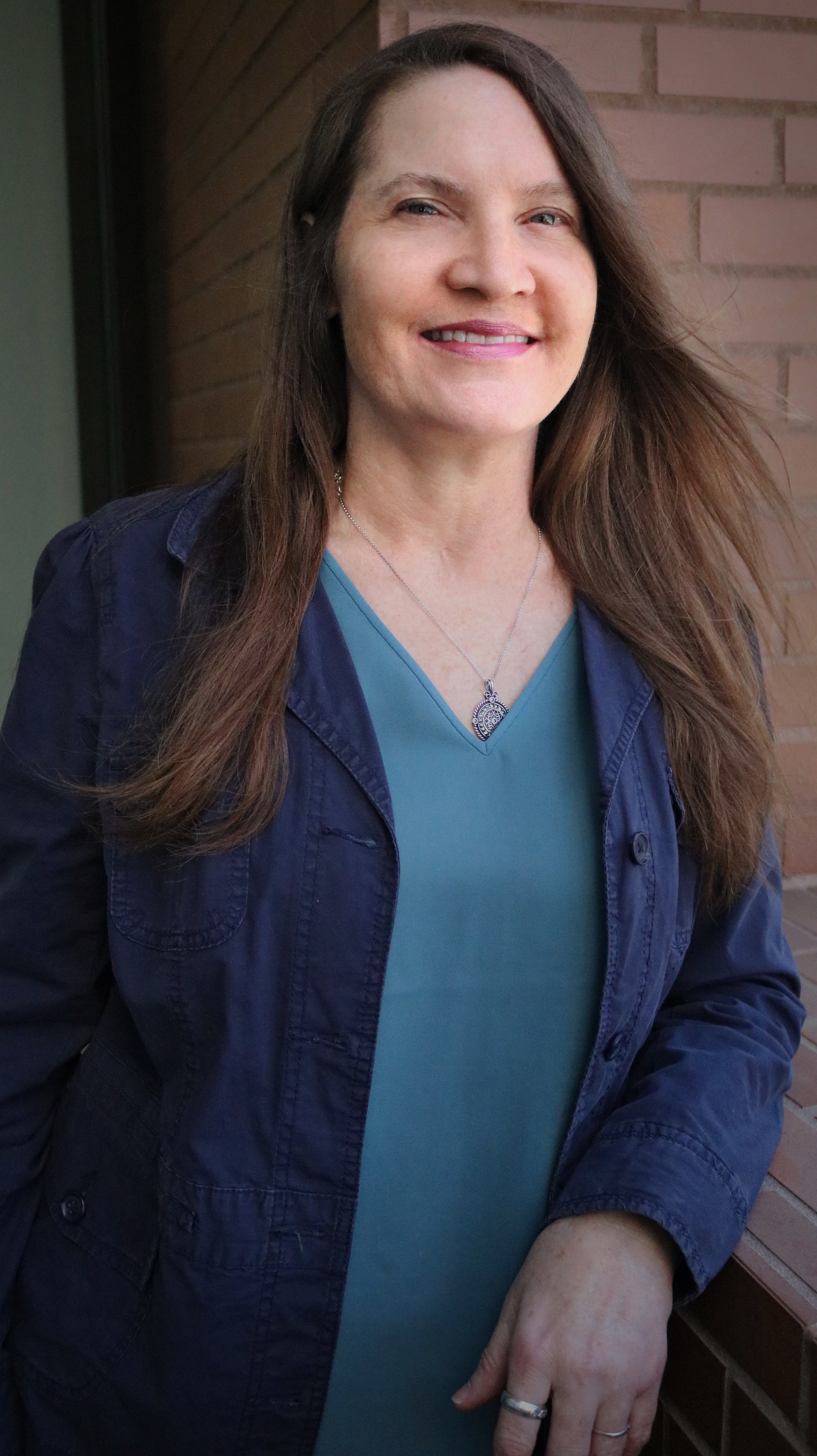 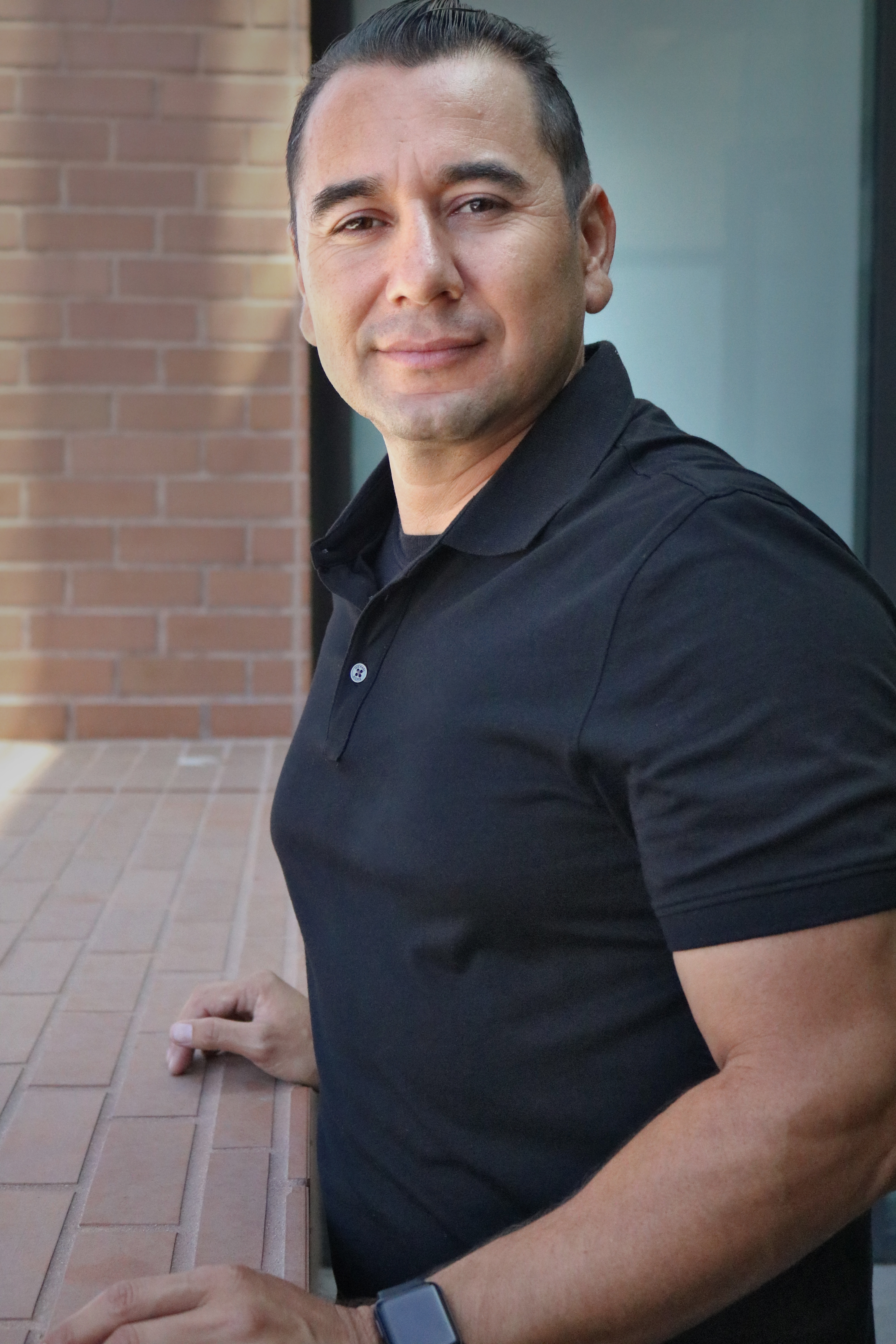 I am the proud son of Salvadoran parents who immigrated to the United States in the early 1980s due to the civil unrest in the country. As a newly arrived immigrant, I immediately felt out of place, but even at a young age I realized the endless opportunities available to me in the form of education. Learning English was challenging, but I slowly discovered the innate power of language that would allow me to reinvent myself during my educational journey. In my first years as a community college student at Trade-Tech, I often felt inadequate, voiceless, and even invisible at times, but in the works of Maya Angelou, Gabriel Garcia Marquez, Toni Morrison, Pablo Neruda, Leo Tolstoy, Ralph Ellison and many other authors, I found the courage to exist; I found my voice; I found my vocation. In 1999 I graduated with a master’s degree in English from Long Beach State, and the following year I was privileged to join the English faculty, first as an adjunct and then as a full-time instructor.

For the past 19 years, I’ve been blessed and honored to rub shoulders with greatness both in and out of the classroom. Each semester I look forward to every class session guided and inspired by the words of the renowned Brazilian educator and philosopher Paulo Freire who believed, as I do, that “[w]hoever teaches learns in the act of teaching, and whoever learns teaches in the act of learning.” 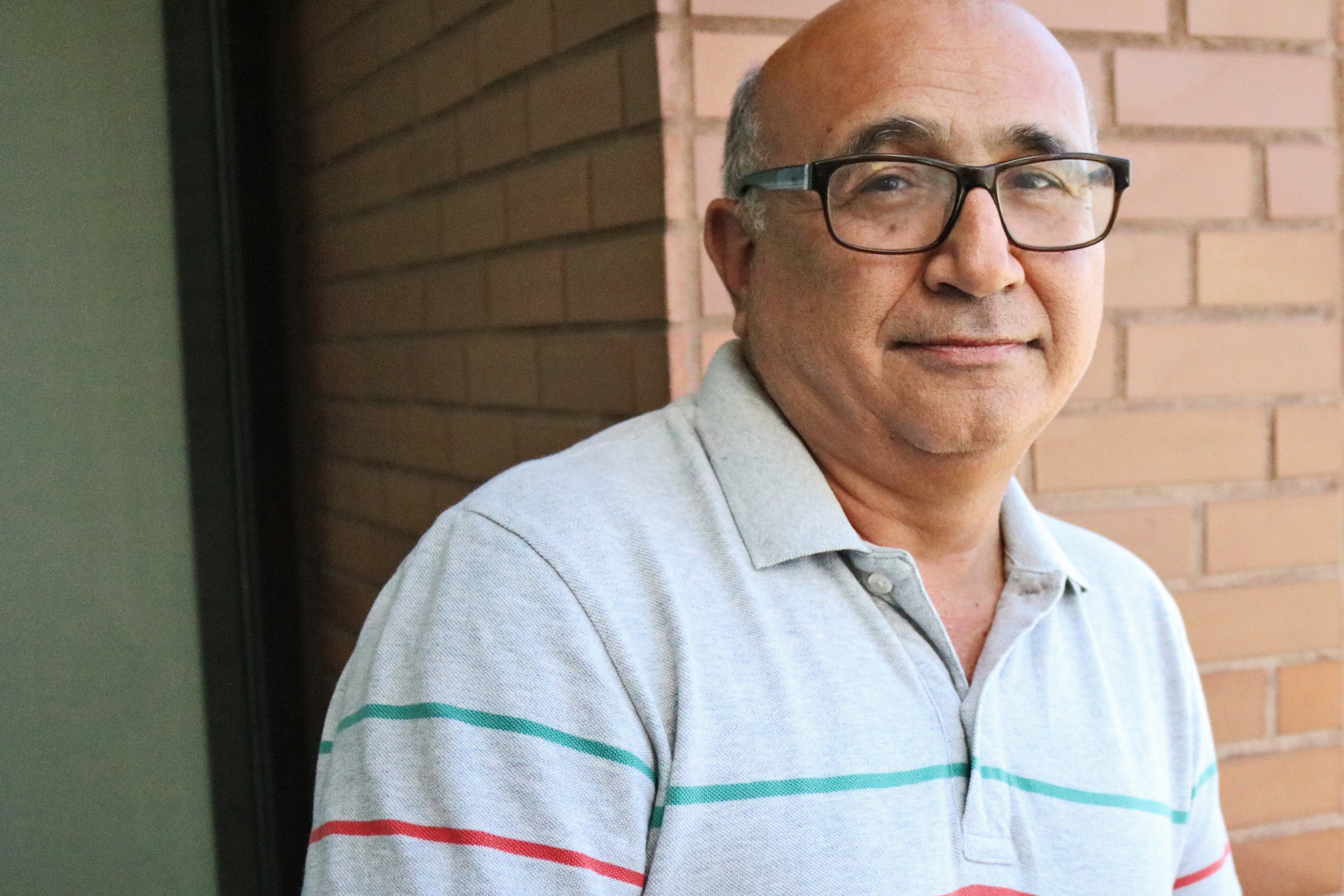 I am a reader. Over time I’ve come to realize that is the single most important influence in my life--after my parents, of course--of who I am.

I was raised in northeast Los Angeles, a neighborhood triangle roughly framed by Dodger Stadium, the Rose Bowl, and Cal State L.A. My love of reading started with comic books.

Very early, so early I can’t remember when or how it began, I read Marvel and DC superhero comic books with complete devotion. After Sunday morning services downtown, my father would take me and my three sisters to a magazine store near Pershing Square [now the Plaza entrance to the underground Metro station on 5th Ave.] to buy comic books for the week.

Soon, not only was I reading the stories over and over again, but I started drawing my favorite characters in the style of my favorite artists, like John Romita in the poster. From late elementary school through high school, I drew and drew, even as I was passionately playing all kinds of sports, going to school, being with my friends and surrounded by my extended family. [...] 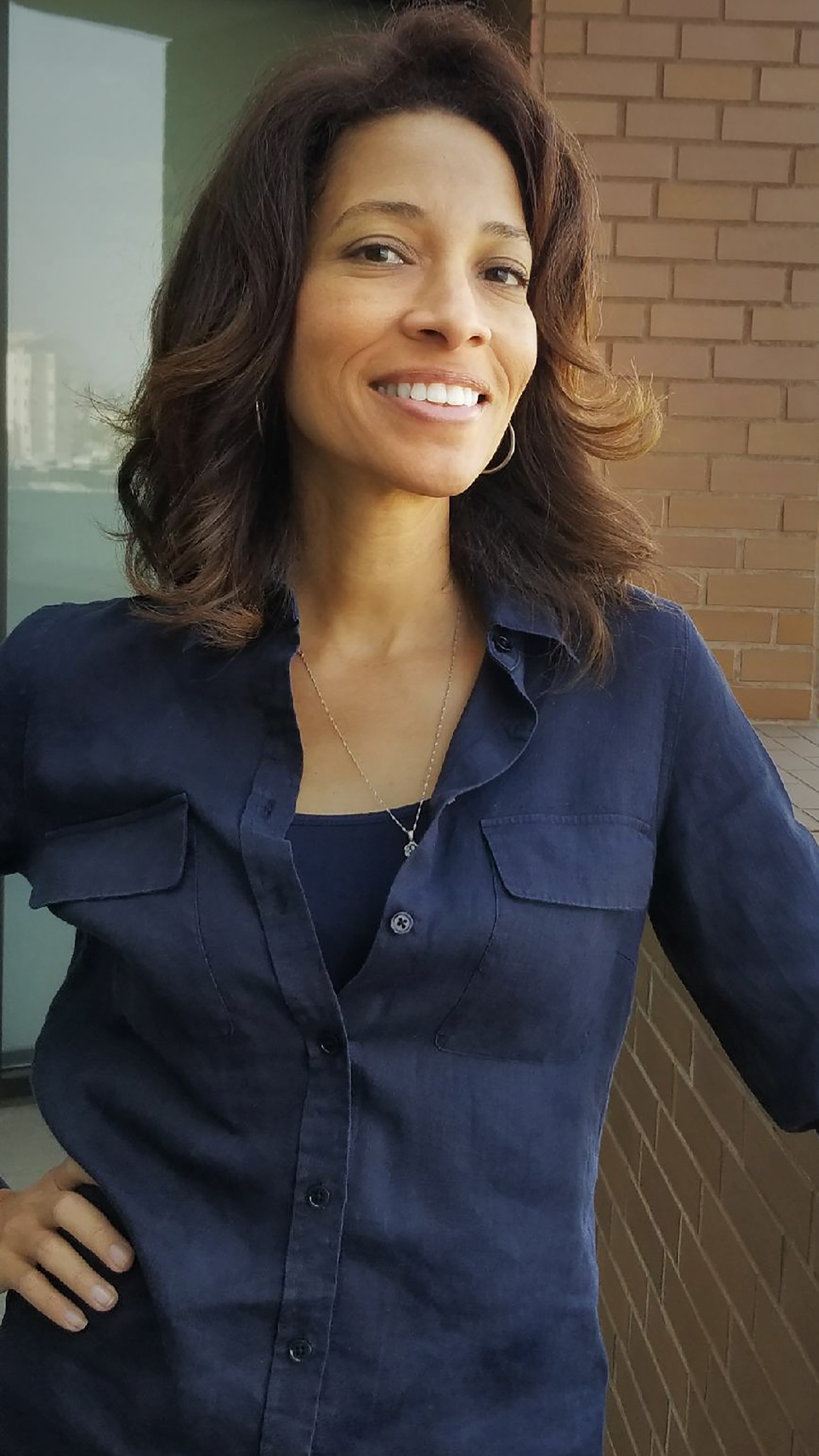 Rashidah Shakir-Blackshere began her career at LATTC in 2000. She founded Shakespeare on the Green in 2011, a collaborative performance with literature and CTE students in Construction, Cosmetology and Fashion Design. Her Facebook page "Shakespeare in the Multicultural Classroom" connects global educators to fresh and innovative ways to teach Shakespeare. She speaks French as a second language and Spanish as a close third. A lifelong supporter of public education, Professor Shakir helped to found City Language Immersion Charter in 2013. CLIC is a Spanish immersion elementary school in the Arlington Heights community of Los Angeles. In her spare time, Ms. Shakir travels and plays tennis. 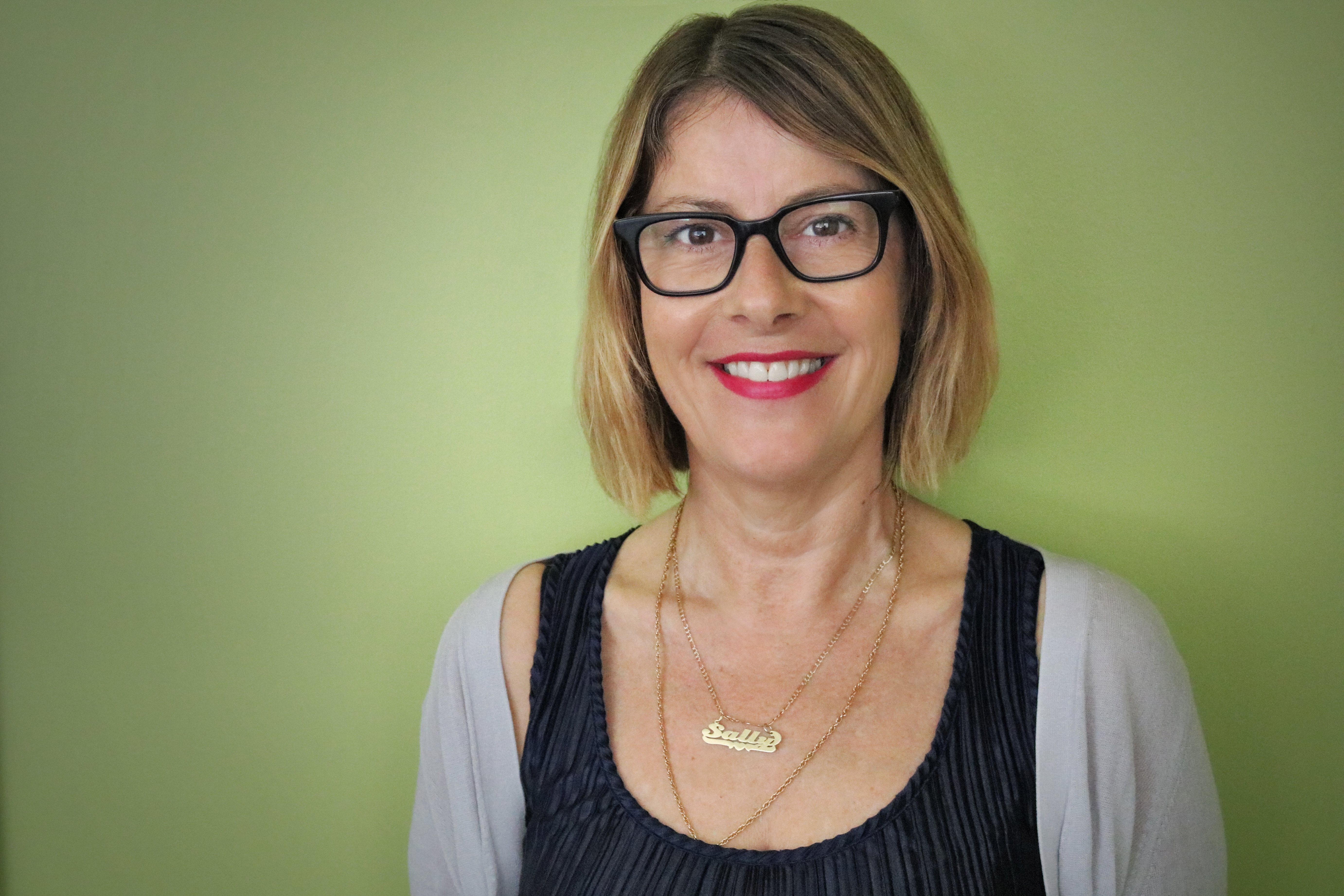 Prior to transferring to UC Berkeley, she attended Los Angeles City College (LACC). Sally’s educational experience at LACC inspired a commitment to the mission of community colleges, and motivated her to pursue a career as an educator. She is interested in issues of access and equity in higher education, and at UC Berkeley she co-facilitated a student-led tutoring program in San Quentin State Prison for men in the adult education program at the prison. At LATTC, Sally will be the dedicated English instructor for the Construction, Maintenance, & Utilities Pathway. 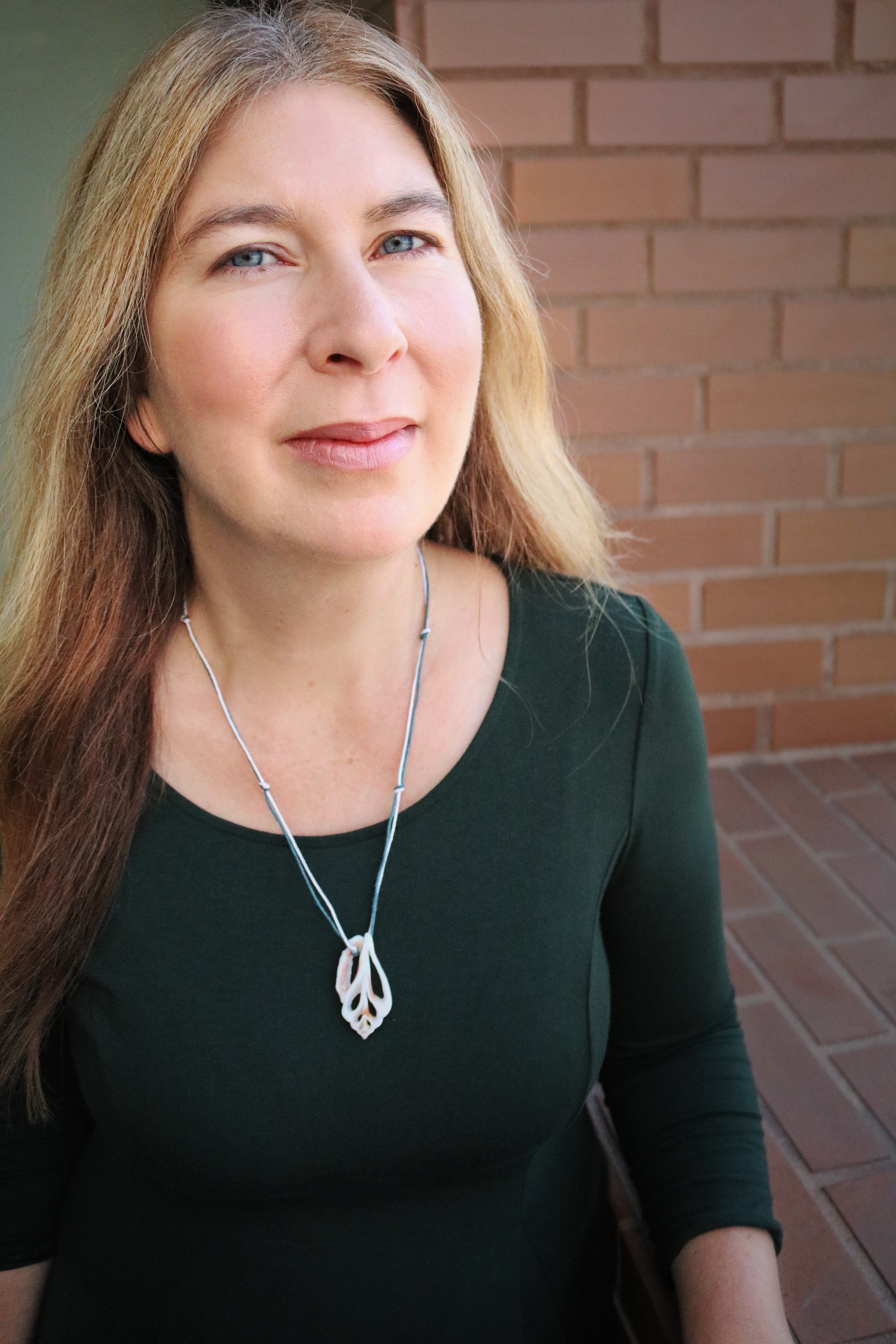 I am from Long Beach, California, but in my growing-up years I also lived in Kansas, Washington state, and Nipomo, California. I was not always a dedicated student, but I have always loved reading stories and learning about the world around me through books. In many ways while growing up, reading saved me and provided me another world when I was feeling down.

I am so grateful for the opportunity to share stories with my students. I believe that it is through stories—the stories we tell others, the stories we tell ourselves about ourselves, and the infinite stories out there to read and to view through film—that we can learn empathy and truly make positive change in the world and for ourselves.

My B.A. in English and M.F.A. in Creative Writing are both from CSULB. I also attended Long Beach Community College & Rio Hondo Community College—for quite a bit of years! But when I finally had a solid goal, I was able to focus in and complete my schooling.

My mom raised me and my older brother and taught us the value of working hard and being self-sufficient. I missed the presence of my father and younger brother for most of my younger life here in the U.S. as they lived far away in Arizona, Mexico City, Bucerias, or Queretaro, but I cherish the relationship we formed in my adult years.

Students: Life is truly short! And yet, here you are with your life before you, ready to blossom and mold your path into infinite shapes. I value the opportunity to share with you how important your story is. Let’s write it down. 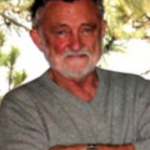 Mr. Stevens believes TT students are the finest and that they enter his English class with strong life experiences with focus and determination to succeed. He feels students in his English 28 classes do not need to learn to read and write; they do both well. However, he believes they do need to obtain various writing skills to prepare them for university writing, which is more formal and demanding. He is certain in their ability to grasp formal writing skills to enable them to write clear, concise papers for any of their chosen professions. 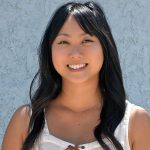 I attended CSULA for my BA and MA where I studied English literature and pedagogy. I have taught/tutored/mentored about every single grade (pre-school to college). I currently teach at LATTC and Mt. SAC and often teach developmental English classes that focus on critical reading and writing. Some themes I like to teach include: gender roles, feminism, and race and ethnicity. In my free time, I can be found taking my two dogs (Pancake and Marty McFly) hiking in the LA area, or with my nose in a good book. You may contact me by email at: wongam@lattc.edu 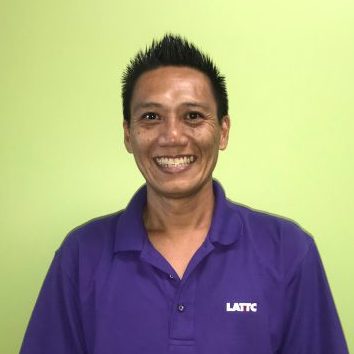